You are here:
October 22, 2017Leave a commentFrom the parent deskBy admin

Child development and upbringing have drastically changed over the years and now our modern society is pressurized to provide time to a child to play. Something that was very natural has been highly structured. Google is bombarded with information on how to play with a newborn, a 1year old, a two-year-old and so on. There are ideas of play to improve gross and fine motor skills, to develop planning, to develop social interaction. We adults read this and try to implement this on our child. An adult teaching a child to play, does this sound sensible? Who is the authority on the play? A three-year-old or a 30-year-old?

The child is unbiased by experience, and when it comes to playing, a child is the authority on it is a realization that is very important for us parents to make. Play should never be structured, but it should be child led. The child-led play is to truly respect the child’s thoughts; giving a child space to think and act freely without boundaries. 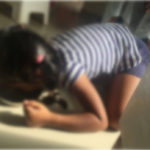 Let me give you a simple example of child-led play which most kids would do unless we stop them. When a two or three-year-old wants to drink water, she would never want to drink it out of a glass. She would probably use a spoon or spill the water or a plate and lick imitate a dog she is fond of.

This way of drinking water might not be something we are used to. It might look even weird to someone watching it. But truly respecting his thoughts and letting her do those things would be what we would call child led. It is child-led because it is the child who is in control of her thoughts and is responding to it with actions of her own.

Play need not have a goal or outcome. Just trying something is play. Doing nothing if the child does not want to play. Lying down under a blanket is play. Sitting in a box is play. Tearing paper is play. Spilling water is play.

What happens if you don’t allow child-led play?

I write so strongly the importance of child-led play because I have seen drastic changes in both my typical five years old and special eight-year-old when I allowed them to play without me planning it for them, and me instructing them how to play. I have to warn that this is not an overnight process; it would take a few months for the child to understand and realize that he is free to play when we adults made this change. 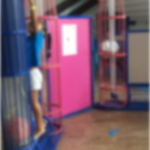 When I allowed child-led play, my kids started approaching play areas in a very different way. They were no longer afraid to try new things and didn’t feel that they needed my permission to approach different play areas and take risks. Here is a video clip of how my

daughter tried hard to pull the rope and didn’t give up or ask for my help. 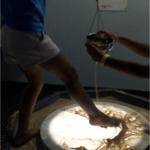 Here is a clip of both my kids happily spending about 15-20 minutes at the sand area with all play ideas of their own which previously they spent roughly 2-3 minutes. 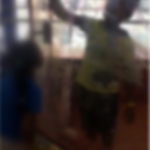 Here is a clip of both of them deciding to play how they want to play with each other.

The child-led play is more powerful and important than we imagine it to be. Children learn the deeper emotions of life through only this. They are able to create happiness for themselves and will never be in the need of someone else to create it for them. What more could you ask for?

Related posts
What is unusual in Gurugulam?
December 17, 2018
Confidence can move mountains!
January 6, 2018